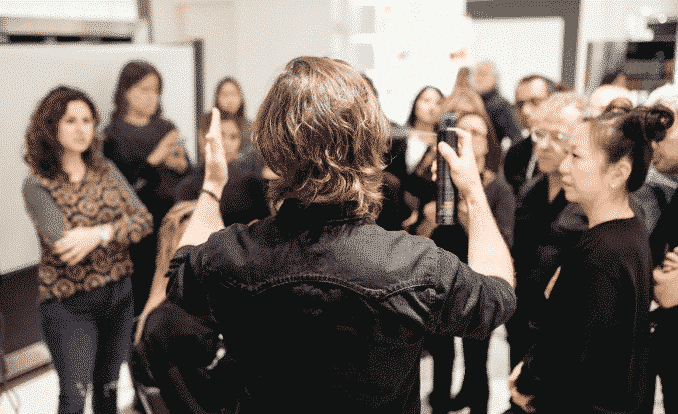 Our Salon Ziba team never stops learning and improving. In order to provide every client the best experience possible we want to make sure that each of our stylists is always on top of the latest trends, products and techniques. Therefore, we invited celebrity stylist Peter Gray a few weeks ago. In cooperation with Shu Uemura Art Of Hair, we had an amazing day and learned a lot. Our stylists had the chance to get to know how to create amazing styles with Shu Uemura products, and ask Peter Gray everything they want to know. Read on to get some more impressions of our styling class! 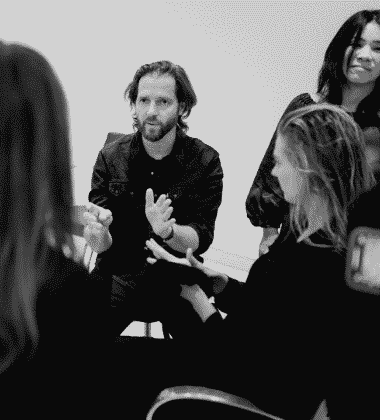 In the world of hairstylists, Peter Gray is known for his exceptional skills. In the late 1980’s he started learning at Vidal Sassoon and successfully passed the company’s famous training in order to become an educator himself. For several years he’s been passing on his knowledge and taught many students. In the late 90’s Gray’s prominence rose thanks to partnerships with well known photographers. Since then, he has been one of the leading forces in the hair industry. He’s worked with magazines like Harper’s Bazaar and Vogue, as well as with luxurious brands like Yves Saint Lauren, Givenchy, Moschino or Hugo Boss. Gray’s celebrity clients include world stars like Kylie Minogue, Claudia Schiffer and Gwyneth Paltrow. We’re incredibly proud to have had the chance to learn from such a talented artist at Salon Ziba !

In order to give you a deeper look into our styling class with Peter Gray, we interviewed some of our stylists as they shared their experiences. Kriss is a team member at Salon Ziba for many years and has attended several styling classes. She especially liked how this class in particular didn’t feel like education. Peter Gray is a fan of “learning by doing” and gave the stylists the chance to try and explore the products themselves. Of all the wide ranges of Shu Uemura products, Kriss’ favorite one is the Color Lustre line. The products add radiance to your locks and prevent your hair color from fading. Kris reveals she’s using this line for herself and has experienced amazing results with it. Watch the full video for more information!

Tonya has been a part of our stylists team for 8 ½ years. She creates amazing looks from cuts to color for her clients and passes on her knowledge as a Color Educator. Tonya shares how she had a lot of fun working and improving her skills when it comes to creating volume and texture inside the Peter Gray styling class. Tonya especially enjoyed getting to know how to use products in different ways and explore new possibilities. Her favorite Shu Uemura product is the Fiber Lift Hair Gel which gives texture to fine hair. To get to know more about Tonya’s experience, watch the full video!

Visit Us At Salon Ziba

Did you enjoy getting a first impression about our styling class with celebrity artist Peter Gray? Stay tuned for more! Our talented stylists can’t wait to create an amazing look for you at any one of our Salon locations in nyc.  Book your appointment now online or via phone!

And Receive 15% off your first service.

For first time clients only.

By continuing to use our website you are agreeing to use cookies, we’ve made a few small changes please review.